Book Online Now
Make a reservation for your diving-course and enjoy the experience. 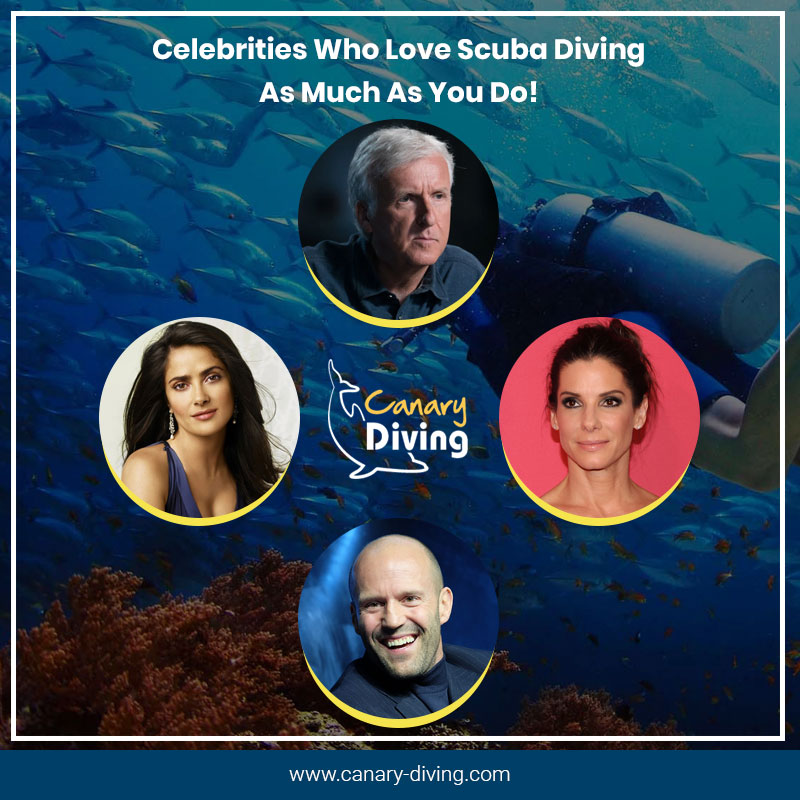 If you are a big fan of Hollywood celebrities and their life behind cameras as well as scuba diving, this blog is for you! Read on to find out some of the famous personalities in the film industry who have actually taken up the same sport passionately.

Who isn’t aware of this Oscar-winning director! We all are, right? His passion for scuba diving is evident from the box office hit “Titanic”. Going back to his childhood days, he was always keen on trying it out and confessed his urge for the same many times. He recalls taking scuba diving lessons in a pool, and trying it out for the first time in California. He believes the world underwater is no less than an alien world, which is what keeps him hooked on to it.

The story of Sandra Bullock is a bit different. Her very motive behind scuba diving was to overcome uneasiness underwater. The same sport helped her conquer anxieties and impressed her with the peaceful ambience prevailing underwater.

One of the most beautiful women of all times – Jessica Alba, who’s frequently featured in the People’s magazine shares a different story concerning scuba diving. She was a swimmer since her childhood days, and her passion gradually convinced her to learn Scuba Diving for a popular TV show – “The New Adventures of Flipper”. Today she’s a certified PADI scuba diver and an inspiration to all.

Her fascination for scuba diving is often seen when she’s on a vacation.

The highly talented Metallica drummer is so hooked on to Scuba Diving that he finds time in-between song recording to enlighten himself about this underwater sport.

The veteran actress and producer Salma Hayek took interest in this underwater sport when she was only 12 years old and since then, she’s been having fun practising it.

This American professional golfer took up this hobby just a few years back but loves the activity so much that he often goes for diving in top-notch locations. Belize is one such spot.

An actor and film producer by profession, this renowned celebrity was a proud member of the National Swimming Squad for 12 long years. He’s often found perfecting his diving skills.

Other equally famous personalities like Tom Hanks, Richard Branson, Kate Moss etc are an avid fan of scuba diving. So, you can naturally understand how popular the same is among celebrities.

If you are inspired by them, you can always try out diving in Gran Canaria. Canary Diving Adventures in Gran Canaria not only can you experience it there for the sake of fun but also take diving lessons from professionals. We bet you will love it and gradually grow a habit of going on scuba diving time and again.